The poet W.B. Yeats and Lady Gregory had a friendship for 36 years from the year they met in 1896 until her death in 1932. During this time they worked together to form and promote the Abbey Theatre as well as research local folklore. As the author James Pethica has stated, their relationship was one of ‘…intellectual collaboration and emotional interdependence as well as financial loans and much hospitality.’ Indeed, Yeats often stayed at her home in Coole, where this hospitality helped to nurture his artistic expression.

The Kiltartan Gregory Museum is grateful to own an artefact that relates to this gesture of hospitality from Lady Gregory to Yeats. It is a key to the gate of the Nut Wood, one of the Seven Woods, still with the tag attached, and addressed to the poet. It is symbolic of the freedom he was given to wandering the Woods, and Yeats’ poem below reflects the inspiration he found in doing so:

I walked among the seven woods of Coole;

Gathers the wild duck from the winter dawn;

Where many hundred squirrels are as happy

As though they had been hidden by green boughs

Where hazel and ash and pivet blind the paths;

Their sudden fragrances on the green air;

And marten-cat, and borders that old wood

W.B. Yeats from his collection of poems, The Shadowy Waters

The ‘Nut’ wood is referred to as ‘Kyle-na-no’, which the author, Lester I. Conner, explains: ‘….probably means Wood of the Nuts, from kyle, meaning wood, and gno, meaning nuts. But it may have meant Wood of the Yew Trees, from eo [yo], the Irish word for the yew tree. ‘

The poem of the seven woods was the prefatory poem in The Shadowy Waters, which was published in 1900. Having known Lady Gregory for only four years at that point, Yeats dedicated this collection to her, an early acknowledgement of the lifelong friendship they were to have.

A Yeats Dictionary: Persons and Places in the Poetry of William Butler Yeats by Lester I. Conner.

James Pethica cited in ‘Yeats and the Death of Lady Gregory’ in Irish University Review by R.F. Foster.

A Guide to Coole Park, Co. Galway by Colin Smythe.

Twenty-five years ago, the Kiltartan Gregory Museum and Picnic Park was officially opened by President Mary Robinson, with Lady Gregory’s grandchildren, Catherine and Anne (“Me and Nu“) in attendance. Since then, the museum has attracted thousands of visitors , due to the hard work and dedication of the Kiltartan Gregory Cultural Society and its volunteers.

The attractive adjoining Picnic Park, featuring a copper beech tree planted by “Me and Nu“, has been a venue for celebratory picnics, music, lectures, launches and leisure activities over the years. In the past year, it became a place for families to walk, kick a ball or have a coffee at one of the picnic tables. A specially inscribed stone seat to the memory of Geoffrey O'Byrne White, great-grandnephew of Lady Gregory also features.

Now a quarter of a century on, the car park is in much need of re-surfacing, the toilets need repair, and because of temporary closure in 2020 due to the COVID pandemic, the Society is in great need of your help.

Thanks to the generous donations of Cllr. Geraldine Donohue , Cllr. Joe Byrne and Cllr. Gerry Finnerty, we are halfway towards achieving our fundraising goal! Thank you for your support by clicking on the image or on this link that brings you to to our Idonate page to donate once off or why not set up a monthly donation.

We look forward to welcoming you back to Kiltartan Cross in the brighter days of summer when hopefully the COVID clouds depart.

Margaret Gregory and the Kiltartan Wonder Book by Peggy Doherty 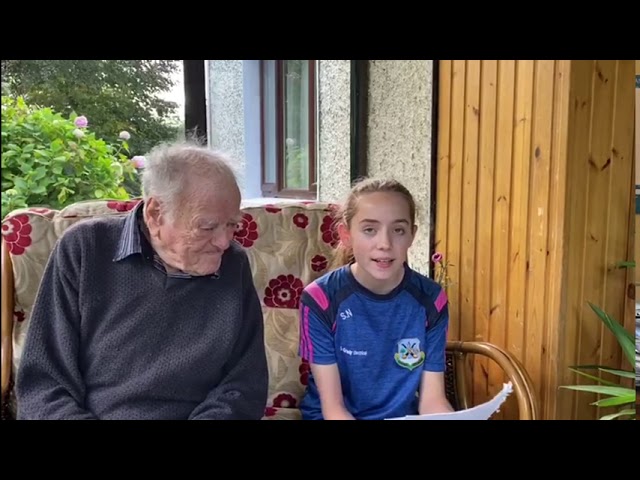 Margaret Gregory and the Kiltartan Wonder Book by Peggy Doherty

An engraved Silver Cup in Appreciation of Lady Gregory's Work